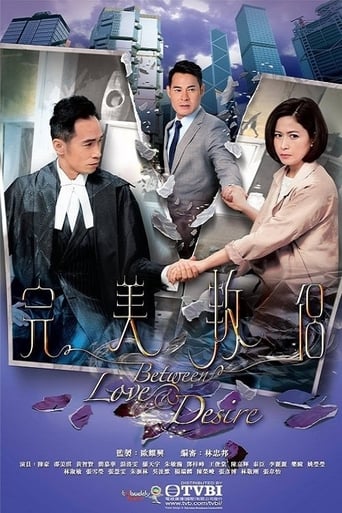 After reaching a point of no return in his life, Ngo Pak Yin grows power-hungry. Through his aggression and strict grasp of the law, Pak Yin paves his way to becoming one of Hong Kong’s top solicitors. But power often leads to blindness. Pak Yin becomes ruthless and inconsiderate of others, leading to his wife Rebecca Tsang Bo Lam, who had quietly supported him through the years, to grow more distant. She realizes that they no longer share the same values, and is heartbroken. During this time, she grows closer to Patrick Lui Wing Hang, who opens up a window into her inner world. Patrick is also a solicitor, but he is neither as famous nor as abled as her husband. Despite these setbacks, Rebecca falls in love with Patrick, who seems to be the only person who can fulfill her troubled heart. She makes the executive decision to leave her husband, but is suddenly attacked by a mysterious man. She suspects that Pak Yin had hired someone to attack her. Pak Yin’s life is at an impasse once again. Finally realizing his wrongdoings, Pak Yin decides to change for the better. But this time, he’s changing while carrying a heart of gold.